The Three Questions is a short story by Leo Tolstoy that was published in 1885. It contains a few moral sayings to live by, which we oftentimes just take as a given, but Tolstoy managed to keep you guessing for these answers until the big reveal at the very end.

A king poses three questions to his dear kingdom and is willing to grant a large sum of money for those that can answer them. The questions were simple.

For each question, however, he received all different kinds of answers.

In reply to the first question, some said that to know the right
time for every action, one must draw up in advance, a table of days,
months and years, and must live strictly according to it. Only
thus, said they, could everything be done at its proper time.
Others declared that it was impossible to decide beforehand the
right time for every action; but that, not letting oneself be
absorbed in idle pastimes, one should always attend to all that was
going on, and then do what was most needful. Others, again, said
that however attentive the King might be to what was going on, it
was impossible for one man to decide correctly the right time for
every action, but that he should have a Council of wise men, who
would help him to fix the proper time for everything.

The answers to the second question were a bit less lettered, but still unconvincing.

Equally various were the answers to the second question. Some said,
the people the King most needed were his councilors; others, the
priests; others, the doctors; while some said the warriors were the the most necessary.

And finally, the last question also received many different answers.

The king was not satisfied with these responses. He decided to consult a hermit who lived in the woods beyond the outskirts of town. The king put on simple clothing and wandered up to the hermit’s house by himself without his usual guards to discover the answers to his three quandaries.

When the King approached, the hermit was digging the ground in front
of his hut. Seeing the King, he greeted him and went on digging.
The hermit was frail and weak, and each time he stuck his spade into
the ground and turned a little earth, he breathed heavily.

The king posed the three questions to the wise hermit, but he received no response other than a recommendation to dig. The king offered his support to the hermit, since he was weak and tired. The hermit thanked him and the king dug. After digging two beds, the hermit suggested the king rest. The king insisted he dig until he was finished and he did so until sunset. After finishing, he posed his same three questions again. The hermit responded with an observation, “here comes someone running, let us see who it is.”

The King turned round, and saw a bearded man come running out of the
wood. The man held his hands pressed against his stomach, and blood
was flowing from under them. When he reached the King, he fell
fainting on the ground moaning feebly. The King and the hermit
unfastened the man’s clothing. There was a large wound in his
stomach. The King washed it as best he could, and bandaged it with
his handkerchief and with a towel the hermit had. But the blood
would not stop flowing, and the King again and again removed the
bandage soaked with warm blood, and washed and re-bandaged the wound.
When at last the blood ceased flowing, the man revived and asked for
something to drink. The King brought fresh water and gave it to
him. Meanwhile the sun had set, and it had become cool. So the
King, with the hermit’s help, carried the wounded man into the hut
and laid him on the bed. Lying on the bed the man closed his eyes
and was quiet; but the King was so tired with his walk and with the
work he had done, that he crouched down on the threshold, and also
fell asleep–so soundly that he slept all through the short summer
night. When he awoke in the morning, it was long before he could
remember where he was, or who was the strange bearded man lying on
the bed and gazing intently at him with shining eyes.

After resting, the man said faintly to the king, “forgive me!” Confused, the king responds, “I do not know you, and I have nothing to forgive you for.” The man explains:

“You do not know me, but I know you. I am that enemy of yours who
swore to revenge himself on you, because you executed his brother
and seized his property. I knew you had gone alone to see the
hermit, and I resolved to kill you on your way back. But the day
passed and you did not return. So I came out from my ambush to find
you, and I came upon your bodyguard, and they recognized me, and
wounded me. I escaped from them, but should have bled to death had
you not dressed my wound. I wished to kill you, and you have saved
my life. Now, if I live, and if you wish it, I will serve you as your
most faithful slave, and will bid my sons do the same. Forgive me!”

The king was thrilled to have made peace with an enemy so easily. In an act of kindness, he then grants the man some servants, his own physician, and promised would restore the property that was formerly taken from him.

After leaving the man, the king walked alongside the porch to find the hermit. Again, he posed the three questions to him longing for an answer — the hermit responds, “you have already been answered!”

And, only then, did the king finally receive three true and honest answers for his questions.

The Three Questions by Leo Tolstoy 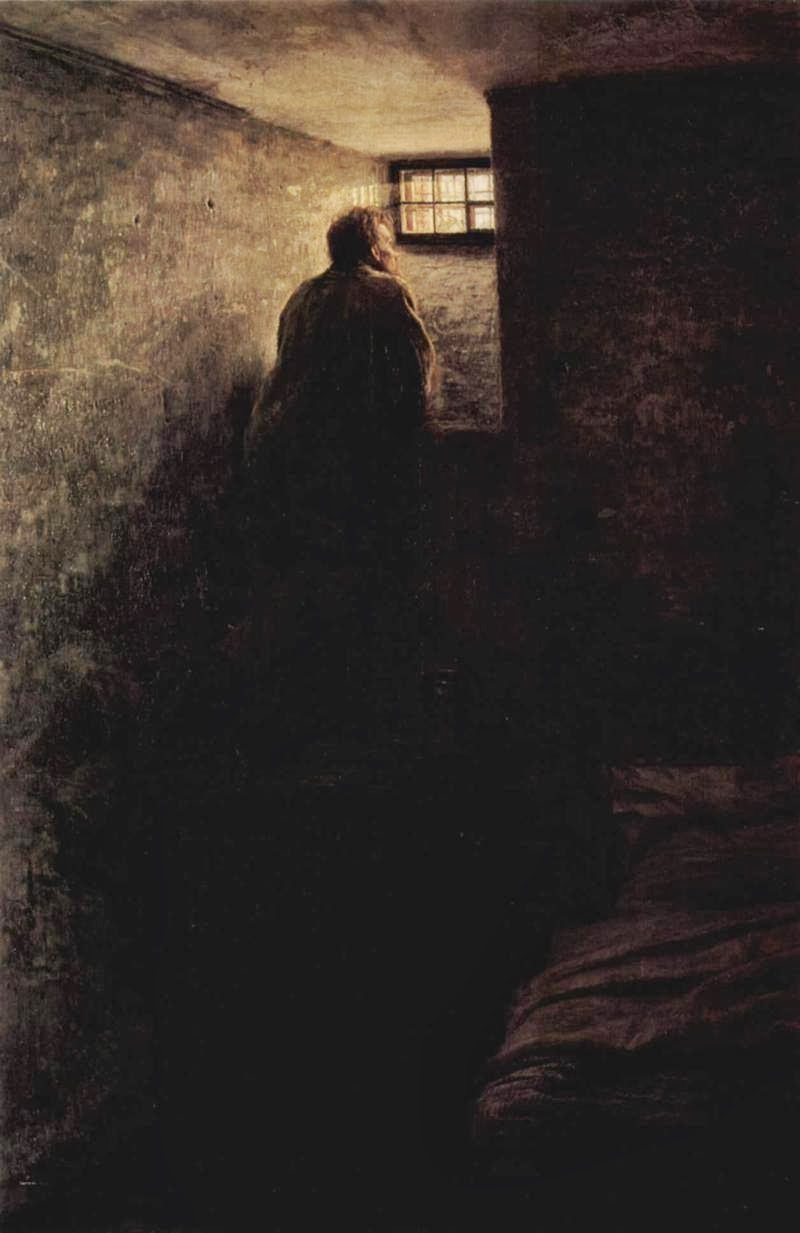